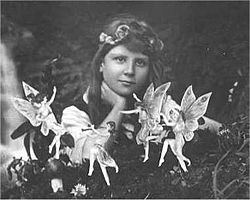 This is a fantastic tale of two cousins that lived in Cottingley, England in the early 20th century.

Elsie Wright was 15 yrs old and Francis Griffiths was 10 years old at the time these photos were taken in 1917.

Researchers claim there were 5 photographs taken altogether, with Elsie and Francis interacting with the fae.

After much investigation into these mysterious photos some deduced they were real while many thought they were fakes.

A total conundrum to say the least.

In 1983 the two cousins confessed they faked the fairy photos.

Their Shenanigans created a stir among popular spiritualists at that time such as Edward Gardner.

The girls talent with photography and cut-out fairies is now documented in books and some folks still claim the photos are real. 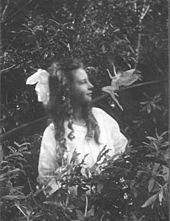 Above Photo of Francis Griffiths frolicking with the fae.

3 thoughts on “The Mysterious Cottingley Fairies”