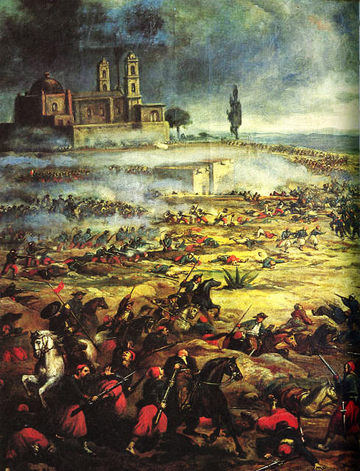 May 5th marks the victory of the Mexican people over Napoleon the 111’s army.

The 1862 battle was fought at Pueblo Mexico. This battle united the Mexican people after many years fighting for their independence, which they received September 1610 war against Spain.

May 5, 1862 and the siege of Puebla”, a 1901 image from the Biblioteca del Niño Mexicano, a series of booklets for children detailing the history of Mexico in Public Domain WikiCommons. 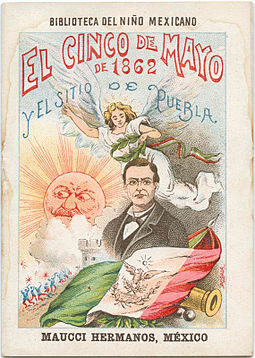 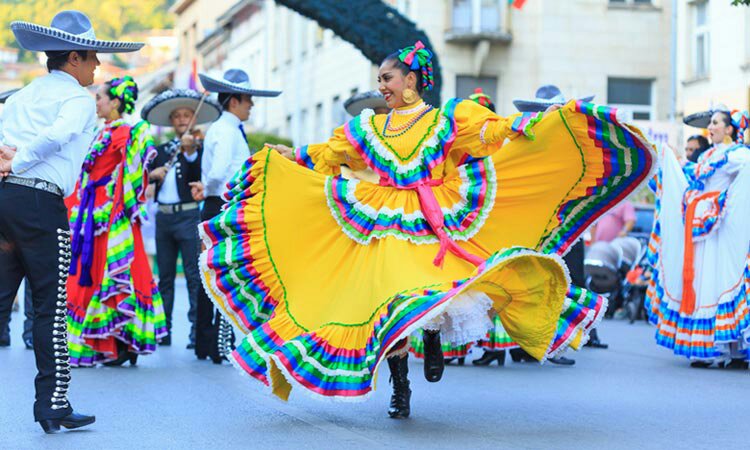 Above Photo of Mexican dancers in Public Domain

*Featured image: Celebration of the Mexican victory over French forces at the Battle of Puebla, on May 5, 1862 in Public Domain.